Darcy’s line of up cycled fashion will be featured at the San Jose Museum of Quilts and Textiles this summer, in an exhibit titled “Recycled, Up Cycled, Re-Purposed Clothing, a Slow Fashion Movement”. To prepare for the publicity of this event, Darcy organized a fashion shoot that would feature her clothing line. While the majority of the shots were planned for a nearby open space reserve, Darcy included her family owned Jaguar Sedan in the photo line up.

This 1963 Jaguar Mark II Sedan (MKII) was purchased new by Darcy’s grandfather. It has been in the same family for 52 years, passing through three generations. In addition, it may be the only MKII to have lived its entire life in two California garages! Darcy and her husband Michael are the current owners of the vehicle.

This particular model was introduced in October 1959, and continued in production until 1967. It was the replacement model for the 2.4 and 3.4 liter saloon, also known as the Mark I Sedan (MKI).

For most of this car’s life, it lived in the detached garage next to Darcy’s grandparent’s 4 story Italian Renaissance home in Napa, California. The car was even precious to them as they took it out only on Sunday’s to attend church or social luncheon activities. When her grandparents passed, the estate was passed on to Darcy’s uncle, who lived in San Francisco. He maintained the Napa estate, occasionally taking the sedan out for a for a drive to town, until his death in 2005. At this time the car had been driven approximately 114 thousand miles in 42 years.

After Darcy’ uncle passed, she and her husband inherited the vehicle and started its restoration in May, 2005. Delong’s Automotive in Campbell was chosen for the initial work, which included rebuilding the transmission, replacing the power steering with rack and pinion style, complete brake job, new exhaust system, conversion to alternator, and rebuilt cooling system.

The next phase included the interior and exterior work. In December of 2006, the wood was removed and taken to Madera Wood Concepts in Goleta, California, where it was re-veneered and stained. In April 2007, the car was entrusted to Images Auto Body, in Campbell, where it was painted English Cream and the interior was finished. Craig’s upholstery, also in Campbell, did the upholstery work. Additional details included new stainless steel wheels and white walled tires. Restoration work was completed on October 5, 2007.

Today the car lives in Michael and Darcy’s detached garage, under a car covering, doubly protected. Michael powers the vehicle up once a week to keep the battery charged, and has entered it in one car show since its restoration, the Stanford Concourse, where it won best in class. It occasionally comes out of the garage to impress the neighbors, but for the most part, this beautiful vehicle remains hidden from the public.

Darcy was particularly thrilled to have an outfit for her model that complimented the Jaguar perfectly, not to mention her model Krysta. “We added the hat and gloves to give the audience the impression that she was the car’s personal chauffeur.” Indeed, the car comes to life (again) as a luxury vehicle through the lens of Darcy’s photographer, Katherine Romano, and illustrates to the world that restoration is a beautiful art on all fronts. 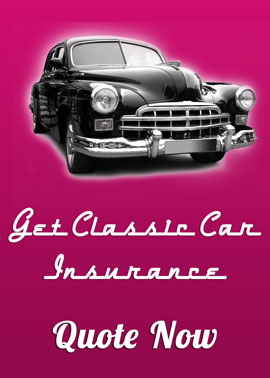